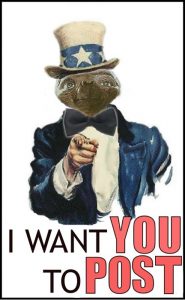 Frihost.com and freeftpspace.org (FFS) Forums are no more.  They have been down since mid-May 2018 … and on 14 February 2019 Frihost server 1 finally ended too. Our heartfelt thanks to Bondings for supporting us for a very long time with providing free hosting to those who could not afford it, long after he stopped being involved with Frihost.  Not only did he continue to provide free hosting, but the hosting was of the best quality ever on a 5-star cpanel server with Hetzner.  Specs were enormous and for the period January 2015 to 14 February 2019 we rarely had a down time on the server.   We’re sad Bondings stopped communicating with us, but wish him the best wherever he is and with whatever projects he is involved with.

After a very busy period from 2005 to 2012 when Frihost was one of the most active quality post4host communities on the Web, it started to spiral downwards from January 2013 when Bondings started his “day job” (as he called it with his typical sense of humour).  Since then his presence had become less and less until by mid 2014 he only was seen during emergencies. He was very loyal and dedicated to the Frihost community however and continued his sponsorship of the servers and domains.

When Bondings created Frihost with phpbb 2.0 in April 2005, he had done a lot of the coding himself, to the extent when the Forum was hastily moved in mid-July 2014 from Burstnet Datacenter in Scranton, Philadelphia to Hetzner in Germany, it required some major re-coding that could not happen because of lack of time. Since he was the only one who had access to the coding none of the absentee Admin were able to help out. We were still very lucky to have tidruG, a retired Frihost Admin assisting where he could in the background, but he had limited Admin privileges and no access to the servers. Quite a number of the old members who tried to modify their passwords to get into their forum accounts were unable to do so. Also a few of the hosting accounts that had been opened around 2006-2007 got left behind at the Datacenter in the US because of the way they had been coded.

So some damage to the Forum occurred during the big move in July 2014 that became permanent as time went on. This could possibly be considered collateral damage at the time, when during the Burstnet, Scranton, Philadelphia DataCenter disaster scandal Burstnet stopped existing in July 2014 with quite a large number of owners unable to access the data on their servers. Bondings somehow got access to the servers and saved Frihost in the nick of time. We were very lucky as he managed to moved all of the servers to a much better home at Hetzner in Germany. So there was a proverbial silver lining to what could have been a major disaster for Frihost in June/July 2014 that postponed the final ending by approx four years to February 2019.

Next important event in the deterioration of Frihost was when Server 4 with the majority of Frihost hosting accounts (created from 2010 to 2016) had crashed and died in mid-2016. The server was not very well maintained, still on php 5.2 and one couldn’t create a WordPress installation on it. All of the hosting accounts had gone up in smoke when the Server 4 had melted down.  Regrettably there had been no maintenance in a long time and no backups taken by Bondings. Bondings was the only one who had access to the Server. When this event happened Bondings decided to cancel Server 4 and the remaining active Frihost members who had hosting accounts on Server 4 were offered alternative hosting accounts on Server 1.

Server 1 had gone through some troubled times too, however at beginning of 2015, when it had experienced a similar melt down, Bondings somehow felt obliged to replace the Server because it contained all of the hosting accounts of the sister Forum, freeftpspace.org. All of the old Frihost hosting accounts had been lost, but through the different and more visible application system for hosting accounts at freeftpspace.org, we were able to recreate the FFS accounts on a brand-new cpanel. Since January 2015 when the Server had been completely replaced at Hetzner it had had an unbelievable quality up time. One of the best servers I’ve ever had hosting on and a joy to work with.

Things went very well for a while from mid-2016 to mid-May 2018. There weren’t that many actively posting members, but Frihost was still regularly attended by some loyal members and we were getting new members. We weren’t all together sure how the hosting on Servers 2&3 (on one server) would last, but since Frihost.com Forum had been on Server 2, we thought at least Server 2 had a chance for a longer life and that it would likely outlast Server 1. Unfortunately this was not to be. Similar to the melt down of Server 4 in 2016, the server with Servers 2 and 3 on it must have bitten the dust in mid-May of 2018. Could be there hadn’t been a backup for the accounts and Forums (due to the re-coding that hadn’t happened during the transfer of the Forums) so that Bondings was unable to reload the Forums. We may never know what happened as sadly there had been no communication from Bondings to date. We tried everything to get hold of him. Asked Hetzner to ask him to check in with us. But nothing happened, and as time marched on we got less and less hopeful that the old Frihost and FreeFTPSpace.org Forums would ever make their appearance again.

After the Forums had gone down, we created http://frihost.club as a temporary Forum for active members with hosting on Server 1.  It was a Forum not to replace frihost.com, but just a stop over until Bondings had contacted us or until Server 1 had gone down as well. Membership of the Forum had been by invitation only to hosted members of frihost.com and its sister forum freeftpspace.org.  At end of December when the cpanel and server were due for renewal, we thought this time round it would definitely end, however to our great surprise the server continued past 3rd of January to survive until 14 February when it abruptly went lights out at the root level.

I’m still missing the old frihost forum with its special old-fashioned design. And of course Bondings with his quirky sense of humour and entertaining posts. Bikerman and Indi with their relentless pursuit of the truth in the Philosophy & Religion Forum. I miss the members that were posting right to its end – my good friend Standready stands out completely.  Ankhanu and I were the two surviving mods during the last 2/3 years before the Forum went down with tidruG, retired Admin in London, helping where he could in the background.  Thankfully now and then one can check up at the wayward machine and have a look at the old Frihost.com. It will take a very long time for Frihost to disappear from the Internet memory. Thank you Wayward Machine! And thank you Frihost and Bondings 2005-2018 for a very interesting and entertaining learning experience!