Are you happy with the political system in your country?

Just wondering whether members here are happy with the political system in their countries? Does it allow them enough freedom to do what they want to do? Are there enough jobs, are the education and medical services OK? Too much of a dictatorship perhaps? Or lacking in efficient Government in which finance is poorly managed?

I'm a Canadian, and am happy with the Canadian political system that focuses on absence of discrimination against race, colour, age, sex, etc. etc. And practice it as much as they can. I'm not too happy with having to learn French however, but well, everything can't be 100% perfect but it is close in Canada. Finance seems to be managed well, freedom of expression is allowed. A large number of political parties so one can always find a voice to associate with. Standard of education could probably be improved, compared with UK system, but not bad. Very expensive when one gets to University however, and many a student start out in their professional lives with huge debt, some going into voluntary bankruptcy. Shortage of jobs of course.

I'm resident in the UAE where I'm working on contract. By Canadian standards the Government here is a dictatorship. The plus out of that is a high degree of security, where every expat is heavily scrutinized and those who create trouble or don't have their papers in good order get deported. One can walk safely every where in the country, day and night, except of course in Dubai one would use a little common sense, but even there by US big city standards, it's a beautiful and safe city. Just read on the news last night however that people have been jailed for attempting a coup .... I haven't seen any evidence of people protesting though, so has to be a case of preventive action and taking a stand against the muslim brotherhood, which I'm more than happy with.

The system here is fine, I just don't like our choosen government.

today we in Egypt get rid of Muslim brotherhood system and Morsi - I guess you read these news -
However , more than 270 of their leaders are in jail and they order the rest of the brotherhood to burn and kill protesters everywhere
They just burned the coffee shop where I'm using to meet my friends !! I do not know why !! or how this is going to help them
Anyway Mr.Dahi Khalfan head of security in UAE knows Muslim brotherhood well and is really good at stopping their plans to coup ....

UAE is a happy country now without these terrorists ,
I hope Egypt Army get rid of them asap so we - the Egyptians - can build our country system in democratic liberal way
T 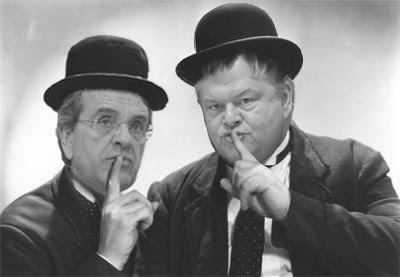 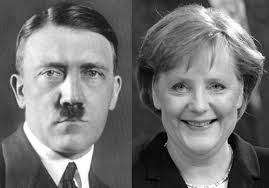 Man you are amazing!

Hazem said:
UAE is a happy country now without these terrorists ,
I hope Egypt Army get rid of them asap so we - the Egyptians - can build our country system in democratic liberal way
Click to expand...

But here is the perplexing thing that I just cannot understand. After going through all of that agony after the first bloody uprisings in Egypt. And then having the opportunity to choose the next President after Mr. Evil Mubarak. Why did the people vote for a Brotherhood President? Surely the script was pretty much written for what was going to happen after that? Another dictatorship, and another President that would have to be removed from his job?

@Hellsing
What Morsi promised is to be the prez of all and Egypt is not going to be Iran or Pakistan and He is having a renaissance project close to what happened in Malaysia and Turkey ...
This is why 13 millions voted for him and he got 51% and became prez , However once people became sure he is a liar and had nothing to offer except to his clan , another revolution in 4 days he is in jail with 35 other leaders of Muslim brotherhood

Surely at the time when they elected Morsi, every one was quite familiar with the goals of the Brotherhood. To vote for someone who is from the Brotherhood, even when he promises you the world (particularly when he promises the world), couldn't have been wise. It's like voting for someone who comes from a background of despotism. How could one possibly think he's going to change to democratically free?

Any way, I'm glad he's gone. Now can't help but worry who is going to replace him? All of this can't be good for Egypt, and also not for my diving. I was planning to visit Egypt soon.

I am belonging to India, Here the Government is helping each and every person, from each religion whether Hindu, Muslim, Buddhism, Sikh etc.
P

It's interesting that people in other countries (Europe / Asia) are willing to protest for their rights. But, here in North America it's highly unlikely that people will amass in large numbers to push out a government - it's just not going to happen (in those numbers).
J

I lived in Indonesia with news of corruption in the country every day. Country like auto pilot as if he did not have a clear leader. Not to mention the matter of drug trafficking.
P

Man I'd love to secede and be my own island nation and our main exports will be code and fresh fruits.
J

My opinion. There nothing to choose from. Its only 2 parties and to be chosen one, you need to be stinky reach. And none of them free to change anything. There no progress. Its coming to the day when you can't make one step without surveillance, no other way then move out to free country some where else. No point to live life and be scared for small things. You can end up in jail for something you even not do, or if you go to the hospital, doctors may cut the wrong thing and you will deal with that, its all about money, no one cares. They kill millions beautiful animals for food and same time dangerous animals like dogs they protect, you can go to jail if you hit the dog, it dont make a sense! Everyday there lies on the tv

Here in the US of A, both parties scream about the other and get nothing done, but beneath the theatrics its the corporations calling the shots...

Midgard said:
Here in the US of A, both parties scream about the other and get nothing done, but beneath the theatrics its the corporations calling the shots...

Agreed, particularly those banking corporations that have made it hell on earth for the man in the street to survive. Try and do banking these days one finds oneself talking to invisible people in call centers who have zero power to make decisions. I hope US citizens are going to do something about it one day as i think the world seems to take its example mostly from the US and perhaps the other super powers like the UK, Germany and France. Time to bring those banking corporations down in size in the public interest.

The United States of America has the greatest form of government that humanity has ever created... On paper.
Three branches of government of separated powers, Judaical, Legislative and Executive power in each branch.

National Executive Branch:
*Conduct warfare, maintain law & order, and conduct international affairs, and regulate interstate governmental issues.
*Head of State & Head of government combined, which is elected by representatives of the States, who are which elected by the citizens.
*Has no legitimate authority to create law or rule on law.

National Judicial Branch:
*Judges disputes between states, between other nations and the U.S., and between the states and the national government. Also judge whether new laws are in violation of the national constitution.
*Has no legitimate authority to create law or enforce on law.

National Legislative Branch:
*Create Law, declare war.
*The Upper House is consist of 100 members who are chosen be the State government's legislative branch(es), who's members are directly elected by the citizens. Must approve executive officer appointments.
*The Lower house is chosen by direct election by the citizens. Controls the national treasury.

State governments are completely sovereign within their own borders.

The national government has only the powers specifically given to it within the National Constitution. State Governments have all other governmental powers, and may exercise them in any way they see fit that does not violate the Constitutionally guaranteed rights of citizens.

In practice upwards of 90% of of national government officials violate the very laws they created and our national constitution on a regular basis.

usmc0311stc said:
In practice upwards of 90% of of national government officials violate the very laws they created and our national constitution on a regular basis.
Click to expand...

I don't think that is limited to the US though. It's universal in all countries claiming a democracy of sorts.

usmc0311stc said:
In practice upwards of 90% of of national government officials violate the very laws they created and our national constitution on a regular basis.
Click to expand...

I don't think that is limited to the US though. It's universal in all countries claiming a democracy of sorts.
Click to expand...

Well the US isnt' a democracy.

There hasn't really been a democracy since Classical Athens.

A Democracy is a system of government in which every citizen gets a vote on each governmental decision.

And all of them have in either their founding documents, or in modern practice levels of socialism as well.

It's universal to all governments or any type that their leaders usually break their founding laws and/or principles when it suits them.